The history of the flagweavers and musicians has deep roots in the abyss of time, history with fascinating and peculiar traits. Rustles and rithms, once protagonist of wars, today folkloristic show in cities squares. In this page we are going through the origins both of this ancient and nearly unknown vocation, and the origins of our borough.

From antiquity communities felt the need to craft standards with the aim of gathering ideally and materially the people of a certein land, making them recognize themselves under that sign for a peaceful life and homeland pride. Let’s think to the Roman Age: during their movements the legions were preceded by a standard, and even Germanic people used as an identification a cloth or leather stripe called "banda", term that probably evolved into the italian word of bandiera (= flag).

Because of that meaning given to them, flags have undergone remarkable transformations over the centuries, both in form and content, thus adapting to the needs of the moment, to people and associations of different nature. The colors and signs that we still find imprinted on the flags symbolize the past of a people, rites, honors and battles lived, thus creating a significant heritage and a precise identity of people in which to stand out.

Tradition wants the Eastern peoples to open the flag game first. In addition to observing the banners they often performed with long-beam and a silk drape as flags so that they could wave the standard and, thanks to precise movements in the space and the scene, to make chorographs with stunning rustles and colors, giving a nearly unreal atmosphere. 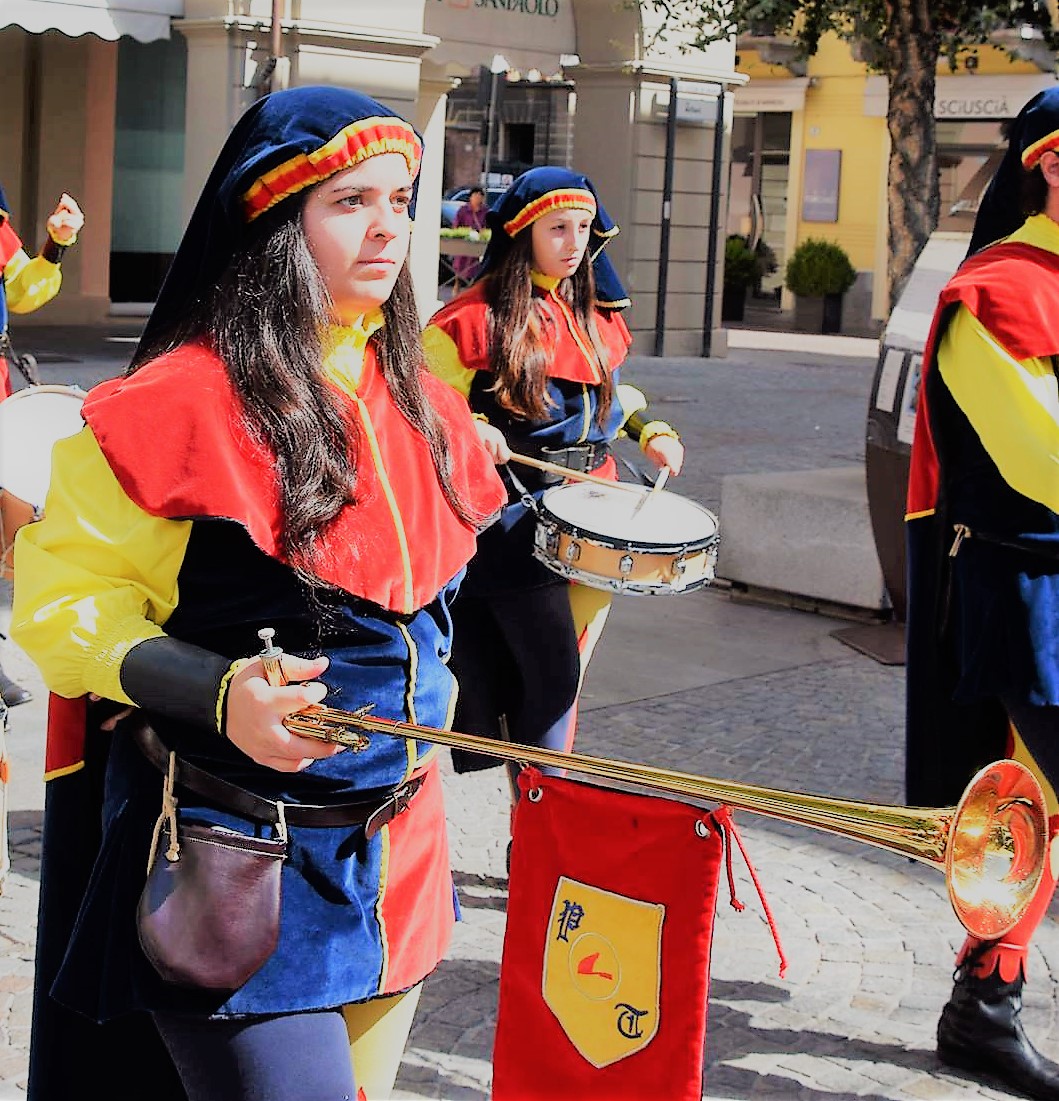 Otherwise, in Europe, flagweavers find their origins in the coordinated movements of the ensign in medieval battles. The ensign often preceded the soldiers to communicate in distance, through precise movements in sequence, the advancement of the enemy, signal interpreted by the rest of his army with the help of drummers, who with snare and tympan had the task to beat the pace of the group's advance. At a time when the ensign was forced to defend himself, however, he threw the flag to another ensign to keep it safe while the other ensigns, weaving their flags, tried to distract the enemy from the main goal. We are talking about real soldiers undergoing hard training and simulation of battles, trained to keep secret the coding of movements, different from army to army, even if subjected to torture. Soldiers who, in peace time, performed in marry parades and parties to delight the streets of their own country.

To find a more similar definition to today's flag game, it is necessary to get to the 14th century, when the armies of many countries competed to demonstrate their skill in crafting astonishing choreographies. The art of the fla-weavers became so important in that century to be of inspiration to movements coding and precise rules for exercises, with the aim of directing the artists to the utmost of elegance.

Today, playing with flags in parades and parties means re-introduce these styles: the figures created in the various passages, called "fioretti", thanks also to the contribution of music played by drums, trumpets and clarinets, are not fine to themselves but part of a tale that weaves with the surrounding environment and people present a continuous dialogue in memory of past events. 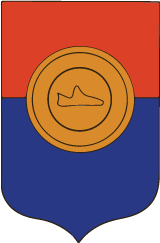 The history of our Borough can be told from our coat of arms: a shield divided horizontally in red and blue paint with a golden coin in the center, covered by the word "Borgh Dij Patin and Del Tesor" (or "Borough of the Slippers and the Treasury" ) and stylized design of a slipper. This is because the territory that once belonged to the district had previously housed precious metal workshops and prestigious cobbler that sold on Via Maestra, the Main Street (Via Vittorio Emanuele) and in the Porta San Martino area. Hence the choice to represent this area with a golden coin, an expression of the wealth of the inhabitants, and a shoe as poor as a scuff, a symbol of the humility of people who, despite the possibilities, did not show off their wealth. 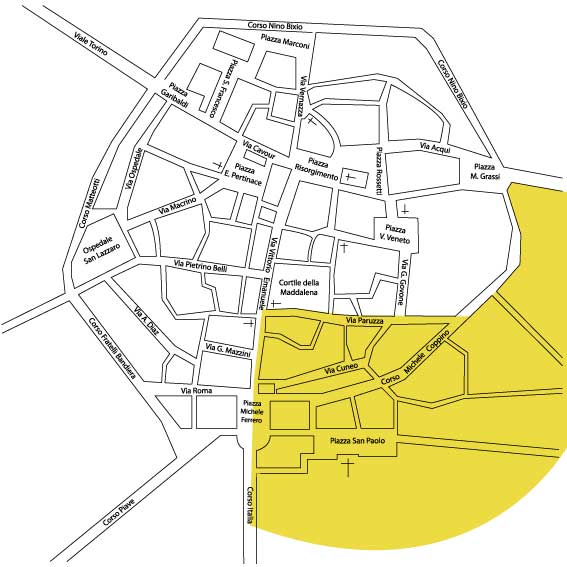 Walking through the streets of the city center it is easy to trace the boundaries of the Borough: starting from Piazza Michele Ferrero (formerly Piazza Savona) and along the Via Maestra (Via Vittorio Emanuele) the Borough stretches on the right side of the center, opposite to Borgo San Martino, until the church of Ss. Cosma e Damiano, height at which branches off to the east Via Paruzza, northern shared border with Borgo San Lorenzo. To the south the border is traced by the railway (no longer in service) connecting Alba to Neive and Castagnole delle Lanze, boundary shared with Borgo Santa Barbara, while in the east continues until the reach of the countryside.

Originally, however, when the Donkey Race was rebuilt, the Boroug was called "Neolitico" (= Neolithic) to remember the prehistoric settlements found in Alba and kept at the Federico Eusebio Museum, but was also known as the Borough of “Bonòm e del Tesòr” among the first 6 villages participating in the modern palio. It should also be remembered that in 1967 the "Borgo dei Patin e dei Tesor" was the only one that already had the flagweavers group, a tradition that thanks to the commitment of the youngest continues.